About Us
Promotions
PowerView® Automation

Program your window treatments so that they adjust themselves automatically, creating the perfect room ambiance morning, noon and night.

Cellular honeycomb shades from Hunter Douglas. An energy-efficient design that traps air in distinct pockets to help keep your house cool in the summer and warm in the winter.

Custom-made fabric Roman Shades by Hunter Douglas, combining the look of soft folds with the ease and convenience of a shade. Custom-crafted.

Find the right custom vertical shades for any room in your home. Search our most popular window shades.

From controlling light to their stylish, sleek look, wood blinds have been a favorite among homeowners for decades.

Find the perfect metal blinds for any room in your home. From controlling light to their stylish, sleek look, metal blinds have been a favorite among homeowners.

Enjoy the beauty of natural light and make any space more captivating, with the following light-enhancing shades.

Want a darker room for better sleep or optimal movie binging? These shades and drapes help block light at the window.

Live comfortably and save energy with these shades. Designer to keep a room warm in the winter and cool in the summer.

Manage natural light and add privacy with these window treatments that work well for sliding-glass and patio doors.

For privacy and natural light, position shades from the top, bottom or both. These shades have this feature available.

Add the perfect finishing touch to your windows.

We offer a large selection of flooring options for your home.

We offer a wide selection of top-quality paint, primers and stains.

We offer a wide variety of beautiful wallpaper designs.

Our schedule is flexible, and we can come to your home for a consultation.

Get a free estimate for your next decorating project.

Our measuring and installation service will ensure an exact fit for your window coverings.

See current and past decorating ideas from our 'Fresh Ideas' Newsletter.

See window covering solutions for a variety of needs and kitchen styles.

See blinds and shades for angled, sloped, and triangle-shaped windows.

See blinds and shades for arched, half-circle or half-moon windows.

See blinds and shades for bay, bow and corner windows.

See blinds and shades for patio and sliding-glass doors.

See all options for automated blinds and shades.

See our options for blinds and shades that best control light.

See blinds and shades that help save energy at the window.

See blinds and shades for light filtering and UV protection.

See blinds and shades that are safer for children and pets.

A quick look at the differences in folds

Roman shades are the quintessential, classic window treatment, with an aesthetic that works well in pretty much any space. They can take center stage in a room, or quietly play a supporting role, depending on their fabric color and their design.

Not all Roman shades are cut from the same cloth, so to speak. While you’ll find many variations in folds, three styles—soft, flat and plain—are the most common. Here’s an overview of each.

Soft Fold
In soft fold, or hobbled, Roman shades, soft rolls of fabric cascade the entire length of the window—for a kind of billowy effect. The folds add to the depth of the shade and the extra fabric helps darken a room. That extra fabric also makes this type of Roman a little bulkier than the other types, so it’s not ideal for windows that don’t have a lot of depth.
A soft fold Roman is a good choice for shades that you might want to leave down the majority of the time, simply because raising the shade results in a lot of volume at the top of the window.

Flat Fold
No seams coupled with a slim profile define flat fold Romans. The slim profile makes these shades good for shallow windows and French doors, and the lack of seams give them a minimalistic look. When raised, flat fold Romans form neatly stacked folds; however, because they’re seamless, you might have to adjust the bottom of the shades when you raise them so they’re straight.

Plain Fold (Sometimes also called Flat Fold)
Similar to flat fold Romans, plain fold Roman shades have a slim profile. They differ in that they have seams, and because of that, they stay even when you raise them. Another benefit of the seams is that they add depth to a solid colored shade. (Keep in mind that they’ll also interrupt the design of a patterned shade.) 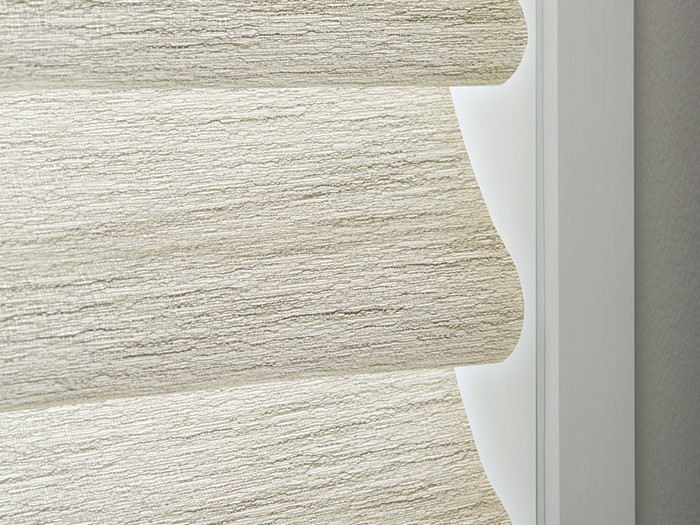 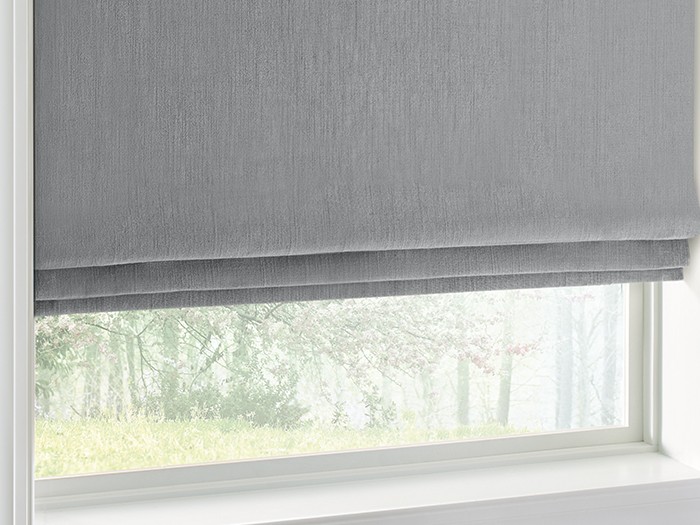 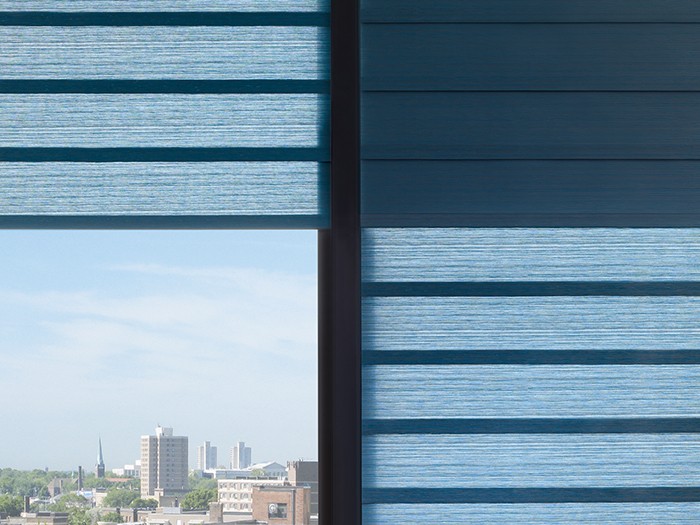 Sign up for our emails and never miss a story or promotion:

Thank you for your interest.